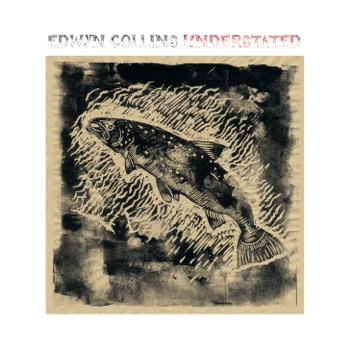 I was part of the ‘soft’ Security at the Mean Fiddler Tent and my task on the Saturday was keeping the backstage ramp to the car-park clear for the Stage Crew moving gear in and out. The ramp was a magnet for liggers and the differently-normal, so I was fortunate to be confronted by just one short chap with a wild beard and a pillow shoved down his front. He had a valid pass but didn’t look like the woman in the ID photo. I loved Reading but was already too old for the lack of sleep and decent toilets and maybe sensing this, the bearded Lady stepped back off the ramp and disappeared. Then re-appeared some time later; same beard, same pillow, same ID, same outcome.

Lo, thrice I shall appear unto you …

Come the evening and he stepped up to me, removed the beard and paunch and said, ‘look it was me all along!’ Well Mr Collins, you had me there. He left for his trailer, presumably to get ready as by my reckoning he was due on Stage in minutes. It got dark, I could hear some consternation front of Stage, but no Edwyn. More than an hour later I grab my torch and lead his party up the ramp.

Returning to my post, Stage Crew were getting worried about how late it was. The wind had already wrecked the Tent and the scheduling, the Festival had over-run the year before and the local residents complained to Reading Council about the noise. We had been warned that the Council had decided this year to fine the evil Management £3,000 for every minute past the cut–off.

Come the hour and the call went out to clear the Stage just when everyone had got settled in.  ‘Shan’t’. The rest is legend.

Not Reading’s finest hour but I got the chance to briefly see Edwyn again on the ramp in ‘92 as part of the Rockingbirds Rolling Review and wished him better luck.

And so?   I’m appealing for help in obtaining a legal and legitimate copy of the Phantasmagoria VHS, first because I think I’m in it and secondly because Reading (1987-93), Mud, Sweat and Beers, good and bad was an important and unrepeatable part of my life. Come every August Bank Holiday, the buzz still kicks in. Thanks, Rob.

Replies to This Discussion

My bootleg t shirts have long since faded and any programmers I got are probably still coated in mud in a field somewhere. I'm interested to know who I saw and who I missed I was enjoying the 'festival spirit' so much that they both probably amount to the same thing. Thanks essay help!

Good work. I am working with a dissertation writing services and hope so that this festival will be much helpful for us to have some good time with friends and family.

It was one of the unique experience while reading this blog and you were extremely in that situation while writing this which were you in back to 1991 although it is good writing stuff and thanks to sharing it with us besides that I am working for cheap assignment makers and really appreciate your work also will share this to our students so they can also read it.

What a great experienced you had back in 1991, the same situation has happened with my friend at college music festival 2002, Kentucky. It was his first time, he hung out with me. He feels very hesitate as he was not a people person. Some students had some issues as a new student in college. Well, this site provides great tips on college students life and survival hacks for college life.

Hey, thanks so much for this post, reading fest 1991 was really good. I even used this writing service https://assignmentjunkie.co.uk/buy-college-essay to order an essay about it. Thanks for sharing.

It's a great experience. It was through reading that I learned how to express my thoughts correctly. It was difficult at first and I always asked for essay help uk and constantly worked on improving my skills. And it is because of this that I was able to succeed. Now I can write essays on any topic and I really enjoy it.

Thought this might be of interest to forum members:https://www.toppermost.co.uk/paul-quinn/Continue

Does anyone know anything about this mythical film that Edwyn was working on in the mid 80's with Alan Horne and Paul Quinn? Paul Blue Eyes and Ain't That Always The Way were credited as being from…Continue

It Had To Happen

Does anyone know the provenance of the song “It Had To Happen” that Edwyn & Paul Quinn did on the Richard Skinner BBC radio show in 1985?It sounds to me like quintessential Collins, but as far as…Continue