...besides that I'm looking forward to Edwyn's new album! I love the title song, it just became my official summer hit 2010 :)

Oh, and I found some old photos from the tour 1995 in Germany, which is still one of the best tours I ever followed. And that's not just because I had the chance to take a look behind the curtain: 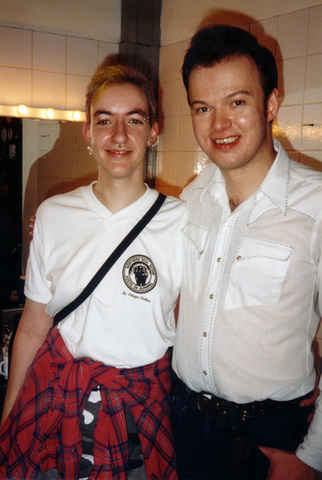 Me backstage with Edwyn after the last show of the German tour. Still the most enjoyable backstage experience I ever had!

Grace, if you read this: do you remember how long the marchpane piggy family survived? You took care of them to save them from the "clumsy men" ;)